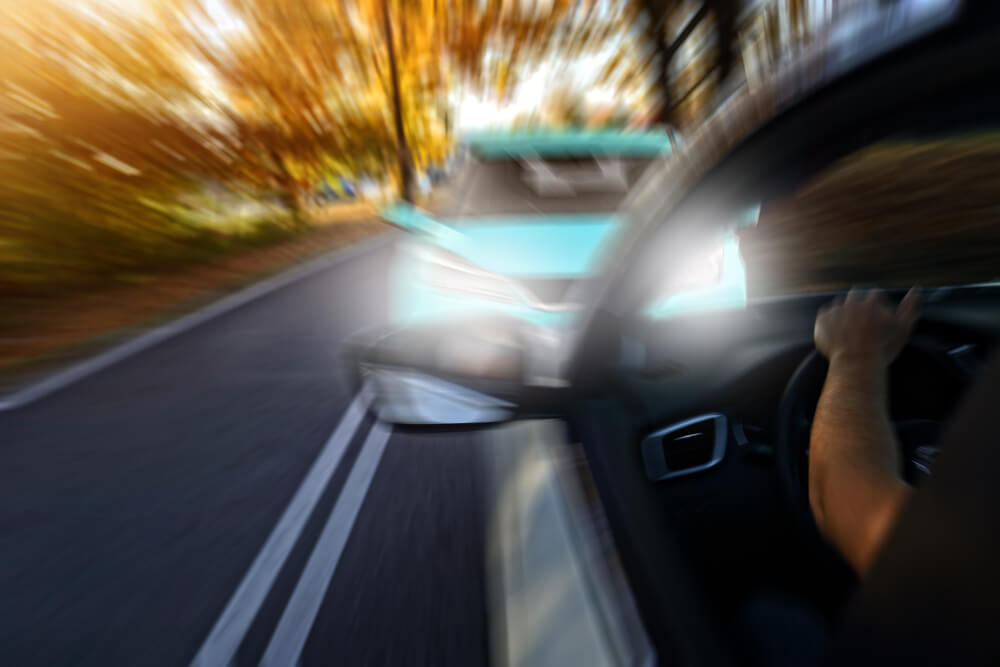 Thousands of passengers and motor vehicle drivers are severely injured or killed in head-on collisions every year in the U.S. In fact, head-on collisions resulted in 3,613 deaths in 2019. The majority of head-on crashes involve one vehicle exiting their lane and crashing head-on with oncoming vehicles moving in the opposite direction.

Many types of vehicles and drivers can be involved in head-on crashes, including rideshare food delivery drivers. Whether a rideshare driver is at fault for a head-on collision or a victim of another careless driver, the resulting legal case can be complicated. It is important to have help from an experienced attorney.

In most catastrophic head-on collisions, one of the drivers loses control of their vehicle or becomes distracted and needs to swerve. The following negligent driver actions or behaviors typically cause head-on crashes:

What Happens to People Involved in a Head-On Collision?

A lot can happen during the split second where two vehicles crash head-on at 55 mph. A study about head-on crashes found that unrestrained vehicle occupants are particularly vulnerable to catastrophic injuries and death. The speed at which two cars approach each other (closing speed) is usually too fast to let the drivers respond properly to the situation. Once the two cars collide head-on, the occupants will be hurled forward. Depending on the severity of the impact, the accident might throw the occupants out of the car.

Another study by the Insurance Information Institute, a test dummy manufacturer, and the AAA Foundation for Traffic Safety found that a head-on collision in which two similar cars are moving at roughly the same speed would cause multiple bone fractures and severe neck, spine, or brain injuries.

Both of these studies also found that wearing seatbelts can greatly help reduce the occupants’ injuries. Additionally, they suggest that drivers can avoid head-on collisions by being more aware of their surroundings when driving, not driving while intoxicated, and driving defensively.

If you have sustained injuries in a head-on collision due to another driver’s negligent acts, it is important to recognize if a rideshare food delivery driver was involved. During your free consultation, our skilled legal team will evaluate the facts of the accident and determine the best way to seek compensation and whether a rideshare company might be liable. Contact The Ride App Attorneys for help today.